Since the US International Trade Administration (ITA) revised the monthly data of US customs imports, there was a large data deviation in Jul’s US textile and apparel imports. The following is the revised figure excerpts from the latest data released by the US. The fact that US textile import volume reduced in a time when the clothing imports increased reflected the structure changes of product imports. However, the growth of import volume still outpaced import volume, thus the unit price of US textile and apparel imports is constantly increasing. 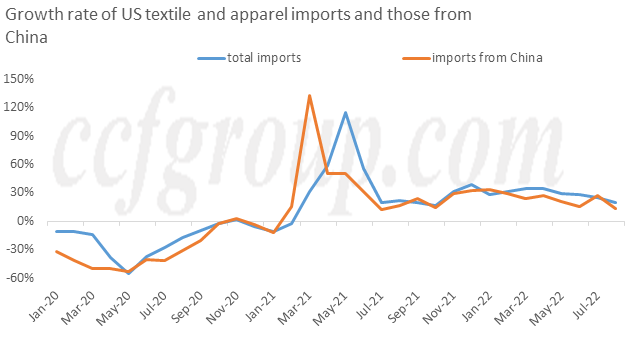 Total U.S. garment imports slowed for the fourth consecutive month, yet still maintained a positive growth. In August, the growth rate of the imports from China was slightly lower than the total imports growth, which represented a decline for three consecutive months.