In the first half of 2022, the Russia-Ukraine war impacted the world economy and led to higher prices of energy; Higher-than-expected inflation in the world, especially in the United States and major European economies, has led to a tightening of the financial environment; regional public health problems such as COVID-19 epidemic and monkeypox have disturbed economic activities. The International Monetary Fund (IMF) lowered its forecast for world economic growth in 2022 and 2023 to 3.2% and 2.9% respectively, after lowering its forecast for world economic growth in April.

The demand for textiles and apparels was impacted by weaker economy.

In January-June 2022, the total retail sales of consumer goods reached 21043.17 billion Yuan, with a cumulative year-on-year decrease of 0.7%. 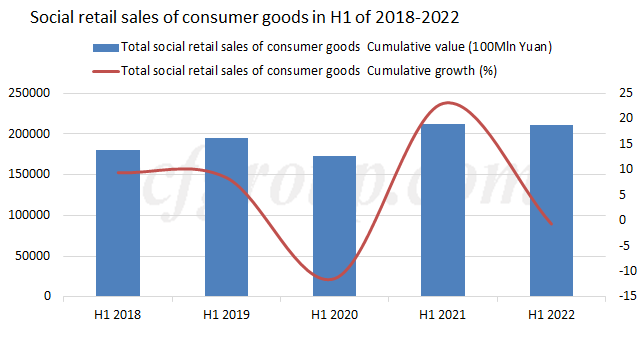 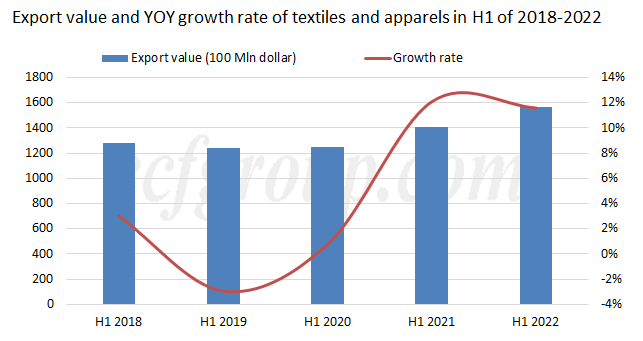 In the first half of 2022, export value of textiles and apparels rose by more than 10%, covering some premium factor. In addition to yarn, the YOY change of export value of most varieties were higher than that of export quantity. As for the YOY change of export unit price, it averaged at around 13.5%. Except for fur leather and other apparels, the growth rate of the rest of the products were all higher than 8%. 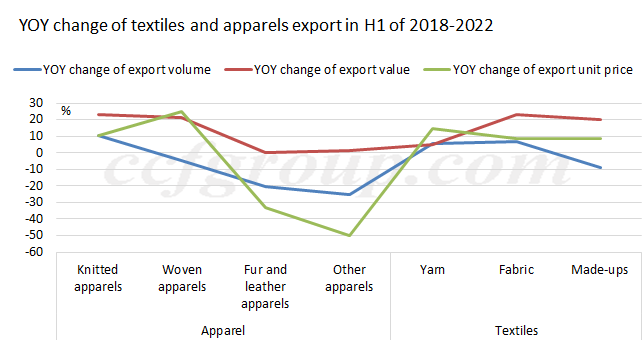 As for domestic sales, the sales volume weakened more on the year.

In the first half of 2022, domestic sales and export volume of textiles and apparels both declined on the year. 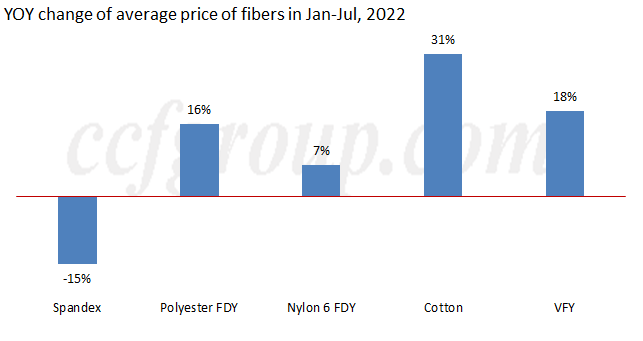 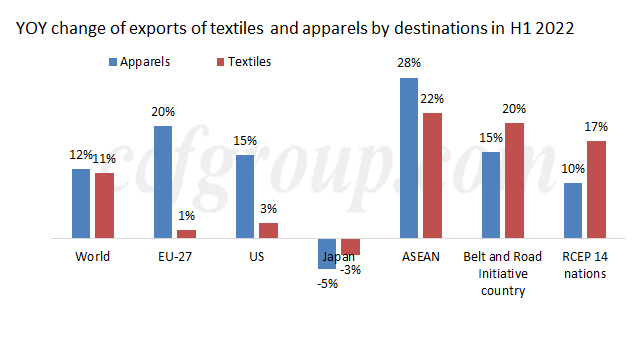 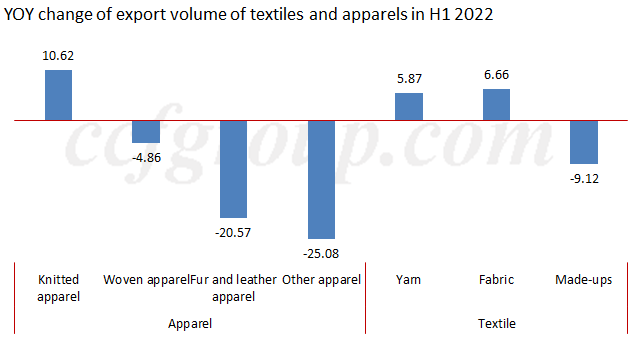 Exports of chemical products were better than those of cotton ones, no matter knitted apparels and woven apparels and yarns and fabrics.